Friday– I was careful to start later in the morning as a means to recoup energy lost during the previous day, and to give my feet the best chance before taking them off for more walking. I had the chance to wash and dry a week’s load of dirty clothes giving me more to wear again.  I used time to read all the available brochures and check the internet for more information about where I was to be sure I would not miss some marvellous opportunity, I familiarised myself with all the buildings and facets of my Hotel complex, and I made new bus bookings for more journeys to Uluru and Kata Tjuta.  It was a comparatively relaxing time getting ‘my house in order’.  Meanwhile Betty had gone off to Uluru for her own discoveries.

Then I was back on the bus headed south again. I am always surprised in buses when people do not look out to see the world they are passing by; that bent neck and the fingers on mobiles is usually the reason. 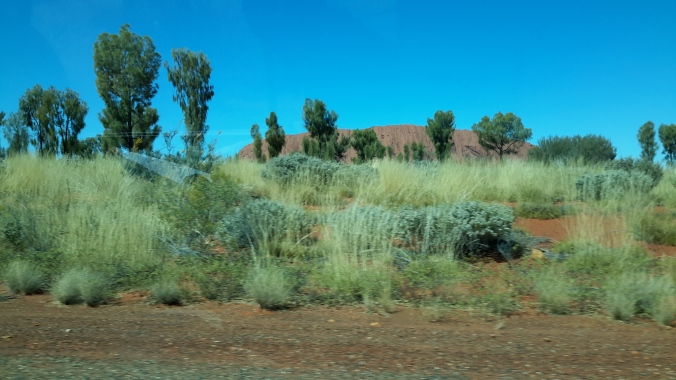 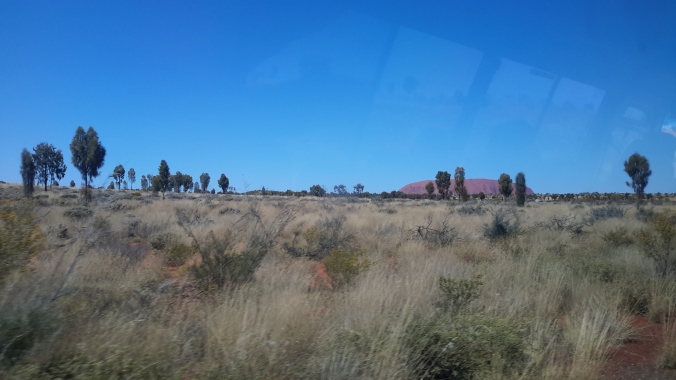 During every bus trip I loved seeing Uluru and Kata Tjuta emerge from the landscape. The photos below of the north side of Uluru show the indentations along the rock. 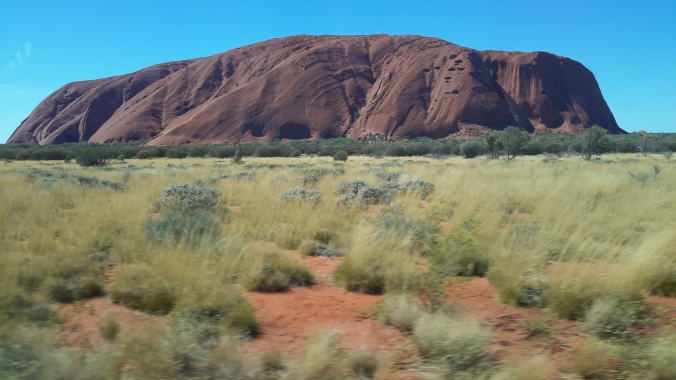 The bus rounded the western side and headed along the southern side of Uluru. 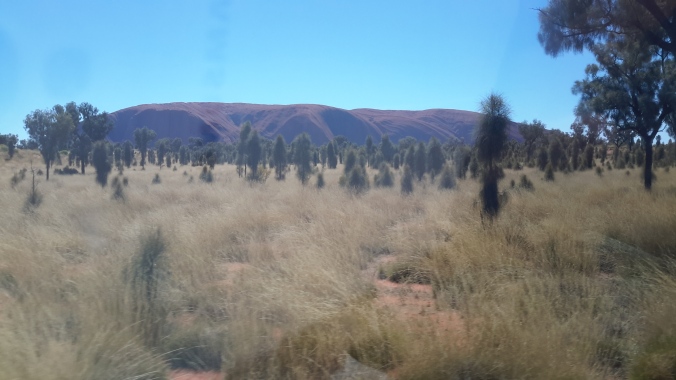 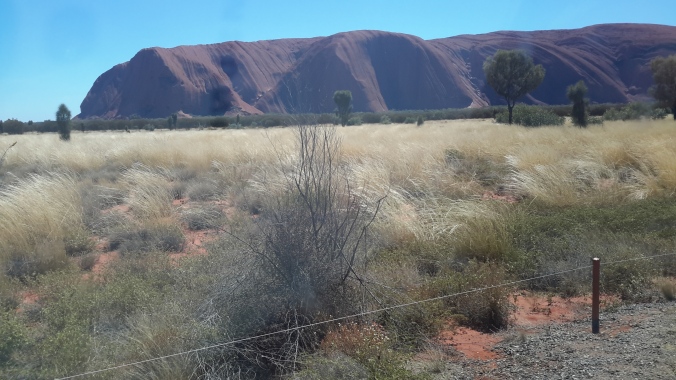 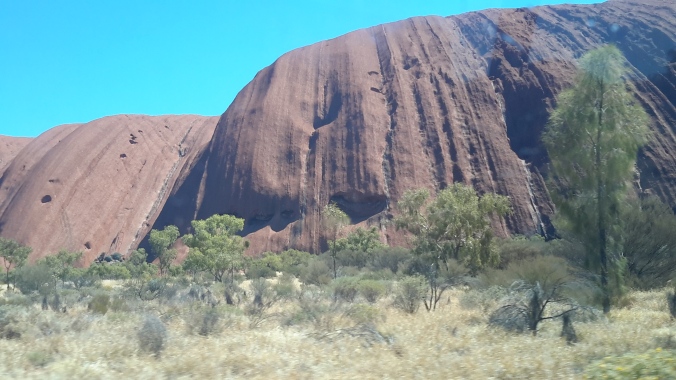 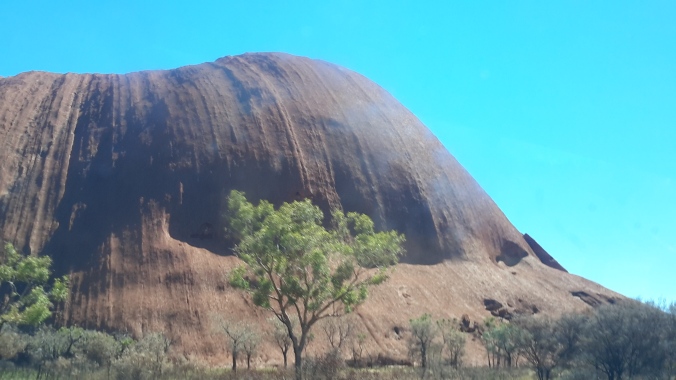 Then we were travelling on the eastern side and around to the northern side. 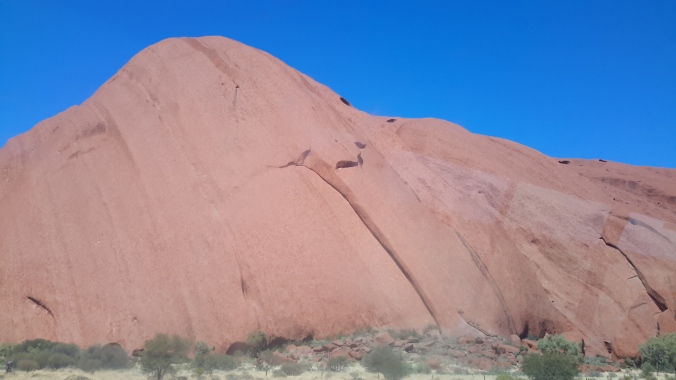 I was surprised to see Uluru differently; how riding on the bus gave me a perspective additional to that I had when walking around Uluru.  Eventually the Hop On Hop Off bus reached the Mala carpark, the last stop on its around-the-rock route.

Links to my other blogsites